From Fantasy to Sci-Fi


It's a very dangerous thing when I look at a mini and say "Hmm". In this case, I got the idea of maybe playing a sci-fi game of some sort, but didn't have the minis for it. And I didn't have the rules for it. No matter. Onward we forge, and here we convert a unit of Warlord troops into a squad suitable for a science-themed skirmish game.


(note that I did not use this many models)


Well, let's start out, shall we?
Here are the base models I started with - one of each except for Danithal. He snuck in later. 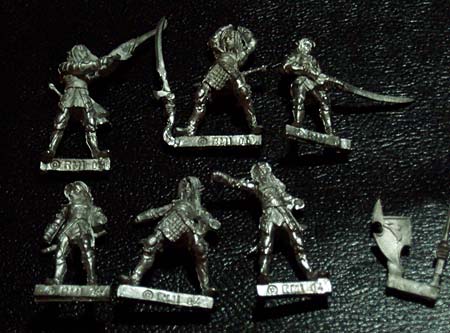 First thing I did was ponder long and hard. What looked like a science-fiction sort of shape? What could I use, and what would I have to discard? Well, first of all, one of the sword hilts on the back of a Vale Breaker came bent down. Whoah, that looked like the pistol grip of a gun, or at least it could with some paint. The Vale Breakers, by the way, are the easiest sci-fi conversion I've done so far. The handle of their swords already looks like the stock of a futuristic rifle, all I needed to do was add the barrel. The world is Lego. Remember that. anything can be anything, you just have to coax the right shape out, and then paint it to look intentional.
In general, any sword can be made into a pistol. Clip off the blade, bend the hilts down so that it looks like a trigger or trigger guard, and add a gun barrel to where the blade used to be. Let's do that.
Here, I clipped off the base tabs, the blades, and whatever flash or sprue was left on the Vale Breakers. 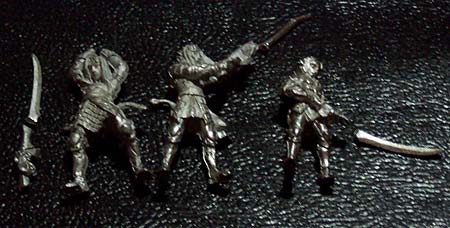 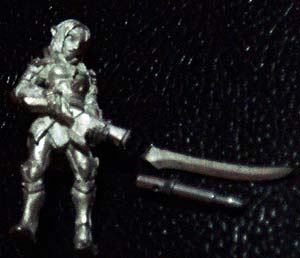 The nozzle's a little long though, let's shorten it. 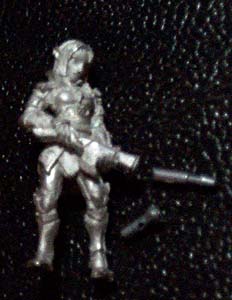 A simple pin-joint and drop of superglue later, and the conversion is DONE. Yes, it really is that simple. 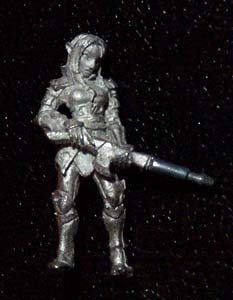 Well, ok, it's not really done. Let's add a communiucation headset. Most of it can be hidden under her hair, but a pin coming out by her mouth will make a nice illusion of a microphone.
Right about now, by the way, is when my camera died, and died hard. We had to get a new one and you can really tell. The camera is dead. Long live the camera. 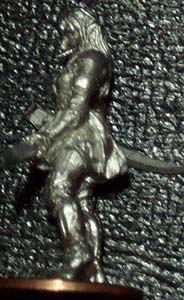 Here is the first group of riflemen, all having the barrelswap and headsettery completed. I also based them on pennies because, well, I do that. A lot. 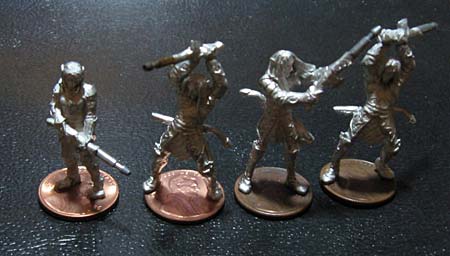 So the first set of troopers is done. I still have more though. The Vale Warriors proved troublesome though, since their left forearms are completely molded to those very non-SciFi shields there. No matter. Three or four cuts later, they're removed. 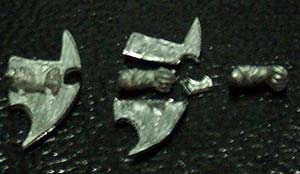 Note that these are very fiddly cuts. I destroyed at least two of these parts by a misaligned pair of cutters.
Ok, now to make guns out of those swords. The basic principle is simple, you just have to have the right bits. Bend the handle down to look like a pistol grip. Clip off the blade (nail clippers are great for this sort of job). Add the barrel. I used a piece I yanked out of a circuit board plug and a paperclip. Other options might be bits of lighter nozzle, brass rod, CAV guns, etc. 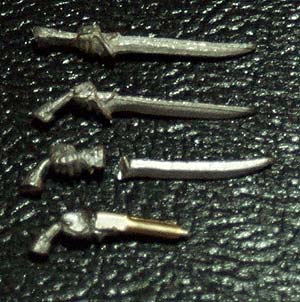 Now, every military squad needs a bit more heavy gunnery, right? I took the gun barrel of a CAV Sabre vehicle and a vale warrior's sword I wasn't using. The tip makes a very good magazine-looking piece (though don't ask me how the ammo fits in there - it's Science Fiction. Really.) The handle of the sword made a good weapon handle. 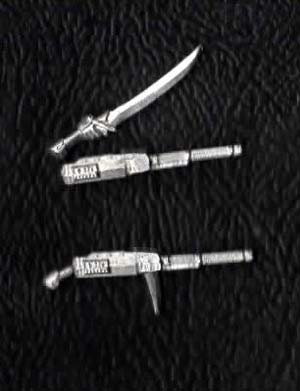 Here's a group shot of the figures with pistols and machine guns.

You can do this sort of thing with pretty much any peice you have, by the way. I had some CAV Puma and Gladiator guns laying around. Clip them off everything that looks like a mecha arm, stick them on some sprue, and there you've got a great crew-served weapon or defense turret. 10mm parts become 28mm parts just by changing their context. 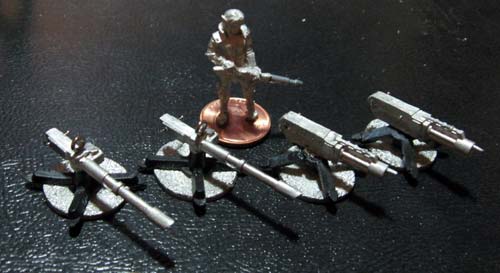 Danithal snuck in around this time, by the way. I clipped off his sword blades, added the nozzles and carrier hose from two Puma CAV flamethrowers, and he suddenly became a lot more lethal at range. 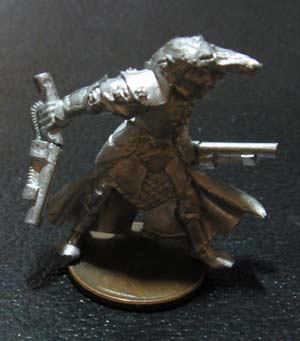 Ok, construction's done, let's paint these buggers. I have no idea why I chose such an involved color scheme for them. I am not a painting instructor, so I'll leave the techniques to those better qualified to teach them. The colors for the uniforms, however, were: white primer, red liner, blue liner (both washes), True Blue, and Pure White, all Master-series paints.

Here they are, ready to defend, destroy, or kill whatever, wherever, and whenever command deems appropriate: 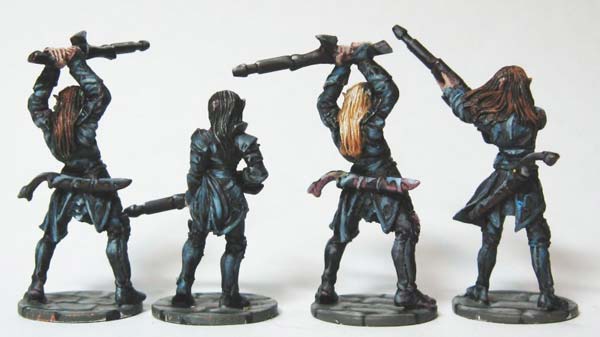 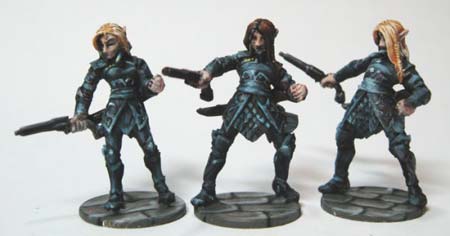 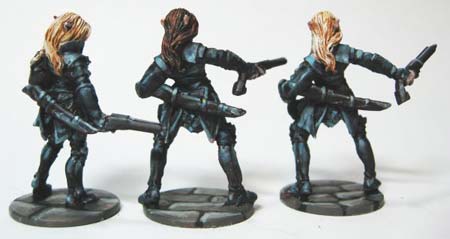 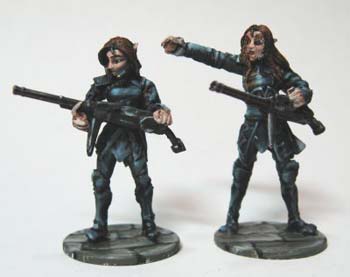 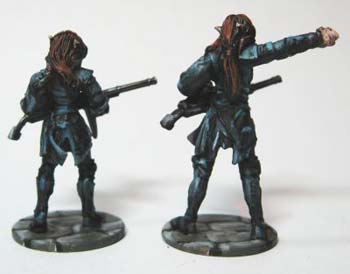