How to Add "Glass" to Miniature Windows

by Daniel Joyce aka Crusoe the Painter

Several glues are suitable for adding 'glass' to miniature windows. Nearly any window opening can be covered, up to 1" by 1/2" depending on the glue. Plastic window frames, Hirst Arts' windows, wooden frames can all be covered.
By adding a small amount of colored acrylic ink or paint to the glue or acrylic gel you can produce colored glass. You can also make broken windows by cutting or poking the dried panes with a knife or wire. Acrylic gel windows seem to work best for this.
The dried acrylic windows are waterproof and you can paint on top of them. The tacky glue windows are stiffer, but don't stick well to plastic, only wood or other porous materials. But byy putting the rim of glue on before filling the window with the glue film, the dried glue is locked in place mechanically.

Glues I have used:

Golden Clear Tar Gel medium
Dries clear, with no bubbles. Unlike the above two, is waterproof. Also adheres well to non-porous materials.
Materials: Put some glue onto a palette. If using the Golden tar gel, just pull it directly from the jar with the toothpick.

Get a nice large round blob on the toothpick. Basically, make the blob as big as possible, but not so big that it runs and drips off the toothpick. Don't worry if this looks like too much glue. It's mostly water and will dry very thin.

Apply the glue to the interior edges of the window you wish to add glass too. Put it on a little heavy. Don't worry, it will dry thin. Be sure to coat every edge with glue. 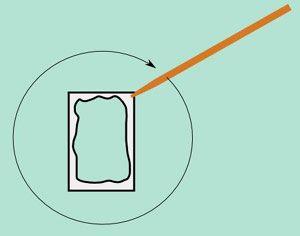 Get another blob of glue on the toothpick, and swirl it around while just barely touching the edges. Try to get a film started. Once the film starts, pull it around rapidly and try to close the hole. This takes a bit of work. It helps to do it quick and have a steady hand. 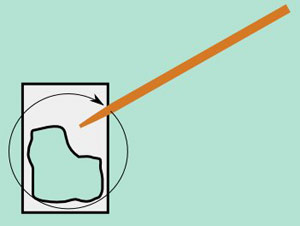 You can also try moving the toothpick back and forth and 'dragging' the film down the window frame. Just keep practicing and find a method that works for you. 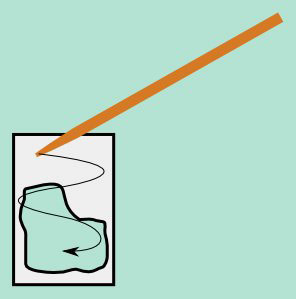 Once you get a membrane spanning the edges of the hole, spin the toothpick back to the center of the opening while twisting and pulling it free of the skin. If the windows seem to pop a lot before drying, try using more glue, and push the toothpick around the film's surface to make the film nice and even. Dry the windows on their back. This will ensure a more even layer of glue and a consistent glass thickness.